Videos of the Cathedral Choir unless otherwise stated. 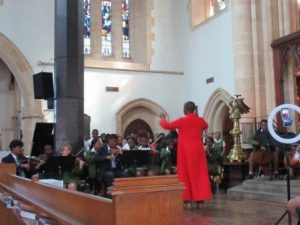 Back to School Service, 5 February

The Cathedral Consort directed by Kutlwano Kepadisa, recorded at an evening service of Advent Carols on Advent Sunday.

13 November, Choral Evensong for those who died in War 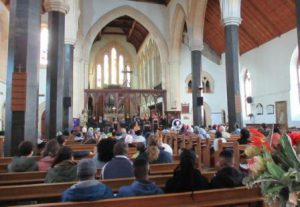 Cathedral Choir with members of the Makhanda Kwantu Choir, with Peter Black at the piano.

The Sanctus from the Gospel Mass by Robert Ray (Cathedral Choir).

The Cathedral Choir singing ‘God is gone up with a merry noise‘ by Arthur Hutchings. 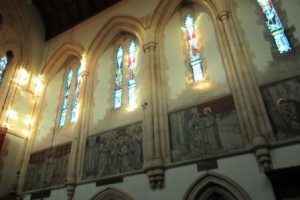 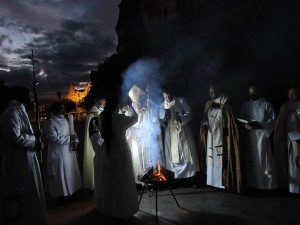 On the evening of 1 May the Cathedral Consort led a service of Easter Carols in the Cathedral. Among the carols were:

The Cathedral Choir sings ‘Adoramus te, Christe’, the Antiphon for the Good Friday Liturgy. Music by Eric Barnum, adapted by the University of Johannesburg Choir. Recorded at the Good Friday liturgy, 15 April.

‘Hold us in Your Mercy’ the Penitential Litany, arranged by Garry Diagle. Precentor Kutlwano Kepadisa, with the Choir and congregation.

The choir with new Probationers from Oatlands Primary School sing

Back to School Service, 6 February

‘Ukholo Lwami‘ sung by the Chamber Choir of DSG and St Andrew’s College.

Excerpts from Mozart’s Requiem, sung by the Cathedral Consort, accompanied on the piano by John Jackson.

From ‘Suite Gothique’ by Léon Boëllmann: 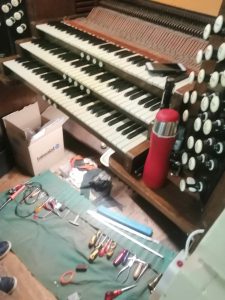 Extracts from the choir, children and congregation, conducted by Kutlwano Kepadisa, singing: 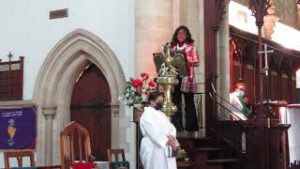 Obianuju Njoku, accompanied by Bayanda Mthetho, singing ‘Bless this house‘ words by Helen Taylor, music by May H Brahe. The occasion was the first Sung Eucharist in the Cathedral after a month of Level Four lockdown, during which all worship had to be online.

‘Out of the depths have I called to you O Lord’: The first four verses of Psalm 130, sung by Bayanda Mthetho, accompanied on the adungu by Asakhe Cuntsulana. Recorded at a Sung Eucharist.

Fifth Sunday of Easter, 2 May

‘Yazalw’imvana‘ (The Lamb has been born),  a carol written by the Cathedral choristers in 2016. 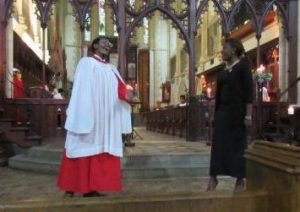 After the re-opening of the Cathedral 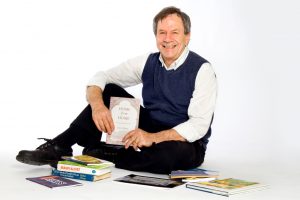 Chris wrote: After the crucifixion, many of the followers of Jesus appear to have been bewildered and depressed. Their leader had been put to death, their movement was in danger of being attacked by different factions in Jerusalem. Slowly, during the afterglow, the reality of what had happened began to filter through.

I’ve tried to express those mixed post-Easter feelings, akin I imagine to how many of us feel when buffeted by the rough, unending turbulence of contemporary life, in dramatized monologues, written in poetic form

Many thanks to the actors, the composer and supporting artists who put this together!

Please note the deliberate avoidance of visual images in the monologues. We did this so that the imagination of you the listener can respond to the spirituality of the spoken words more independently. 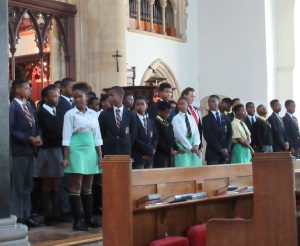 Back to School Service 2020

The ad hoc ‘Back to School Choir’, trained by Assistant Director of Music Kutlwano Kepadisa, sang at the Back to School service on 2 February 2020. They were drawn from members of the nine schools which attended the service. Listen to them singing, conducted by the Cathedral Head Chorister, Nzulu Ndlwana, ‘Bawo, Thixo Somandla’.

On Saturday evening, 23 November 2019, the Cathedral Director of Music at the time, Cameron Luke, gave a recital on the organ of St Bartholomew’s Church in Makhanda/ Grahamstown. Listen to him playing “Penguins’ Playtime” by Nigel Ogden.

The Cathedral Choir, Director Cameron Luke, sang Haydn’s ‘Little Organ Mass’ at the first Sung Eucharist of the National Arts Festival on 30 June 2019. They were accompanied on the organ by former Cathedral Director of Music Christopher Cockburn. Listen to the Gloria.

St Michael’s Marimbas, directed by Asakhe Cuntsulana, gave two concerts in the Cathedral during the National Arts Festival 2019, as part of Spiritfest.

At their concert ‘Choral Extravaganza’ in the Cathedral during the 2019 National Arts Festival, the Makhanda Kwantu Choir directed by Kutlwano Kepadisa sang ‘The Word was God‘ by Rosephayne Powell. This is a short extract.

On Sunday 21 October the Choir conducted by Kutlwano Kepadisa presented their End of Year Concert. Listen to the following excepts from their items:

Cathedral Choristers and Conductor on TV

An episode of ‘Slice of Light’, a religious programme shown on SABC2 Sunday 5 August.  This included short interviews with choir conductor Kutlwano Kepadisa, and two of the junior choir boys, Xolisa Foley and Junaid Douglas. Please note this was recorded before the National Arts Festival, and before the Kwantu Community Choir went to the World Choir Games and came back with a Silver award. 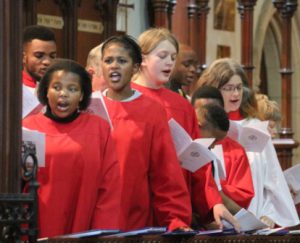 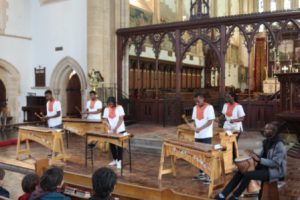 At the first Festival Eucharist on 1 July 2018, Neo Motsatse played this lovely violin solo, ‘Little Girl‘ by Sibongile Khumalo arranged by JB Arthur, together with the Kwantu Choir conducted by Kutlwano Kepadisa. 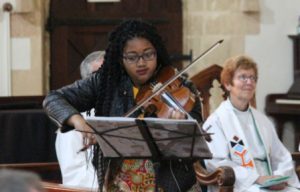 Selections from the final Festival Eucharist service in the Cathedral, 8 July 2018, with guest choir from Jesus College Cambridge. 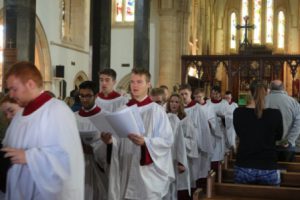 The St Michael’s Marimbas under Asakhe Cuntsulana, performing in the Cathedral during Spiritfest 2017.

Little Jazz Mass (Bob Chilcott): Extract from the Gloria, sung in the Cathedral during the National Arts Festival, 2 July. An invited group of jazz players and singers, conducted by Kutlwano Kepadisa.

A clip of Bayanda Mthetho (14) playing the Cathedral organ.

Watch a video by Grocott’s Mail about how we said farewell to Dr Andrew-John Bethke, Cathedral Director of Music 2012-2017.

Dr Andrew-John Bethke was Cathedral Director of Music from mid-2012 until Easter 2016. The following videos show him conducting extracts from:

Sarah James, a Rhodes University journalism student, has created a project titled ‘Masithi Amen’. This is a multimedia story on the Cathedral of St Michael and St George which was completed over approximately 6 weeks. It provides a rounded picture of our Grahamstown Cathedral community, including interviews and music as well as pictures and text. Do take the time to explore ‘Masithi Amen‘ – best enjoyed on a laptop or desktop computer. Unfortunately this link is broken.