Return to this year’s Spiritfest programme.

The service will feature choral music and hymns from South Africa and beyond our borders sung by the Cathedral Choir, in a darkened church with powerfully gripping images of the African continent  and skies, projected on a big screen. Devised by Ron and Jenny Gill. Choir directed by Kutlwano Kepadisa.

A Mass of Unity as four local Catholic congregations come together from different parts of town to celebrate and worship.

Come and participate in a magnificent Choral Eucharist.  ‘A Little Jazz Mass’ by Bob Chilcott will be presented by a talented group of invited musicians, directed by Kutlwano Kepadisa.

Preacher:  The Venerable Thami Mhlana, Rector of Holy Cross, Mdantsane, and Archdeacon of East London West. One of the leading women priests in the Anglican Diocese of Grahamstown.

Come and join in the vibrant worship of the Every Nation Church as they celebrate the presence of God in the midst of the Festival.

A lucernarium is a simple service of lighting the lamps before the darkness of evening sets in. It is a simple but deeply moving liturgy which formed the basis of evening prayer from the 4th – 9th centuries. Vestiges of it are still discernible in modern liturgies. The service will begin in darkness and will centre around lighting a central ‘Christ’ candle and then lighting numerous candles around the church. A small choir will lead plainsong sections of the service. A must for those who enjoy contemplative liturgical worship. 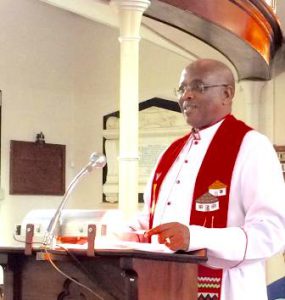 Preacher:  Andile Mbete, Bishop of the Methodist Grahamstown District. Bishop Mbete is a well-known Church leader, writer and radio commentator, and recipient of the Metropolitan Eastern Cape Award in the Religion category.

Come and be inspired by a music-filled, devotional Eucharist, music led by a group of invited singers.

Preacher: The Revd Vic Graham. Vic is the incumbent at Christ Church Grahamstown, has a counselling practice, and is a spiritual director for many.

Come and enjoy the vibe presented by Asakhe Cuntsulana and his band of young musicians with a uniquely African rhythm in their souls.

The Grahamstown Circuit Church Choir is comprised of smaller society choirs which perform at important church events. The first conductor was Jabes Foley who wrote hymns that are still sung today. The present conductors are Siyabulela Lali and Reuben Maselwa. Come and hear them sing rousing spiritual favourites from South Africa and beyond.

Singer song-writers and a capella musicians, don’t be shy, get up there and share your talents and your soul with an appreciative audience in one of Grahamstown’s most beautiful and historic churches.

Plainchant is the traditional ancient music of the Christian Church. Every piece in this programme either uses the Chant as a basis for its composition or is, in one way or another, a response to this music and the Church’s liturgy.  Includes works by Louis-Nicolas Clérambault, Flor Peeters, Denis Bédard, Léon Boëllmann and Einar Traerup Sark.

Stephen Holder teaches music at Kingswood College, Grahamstown, where he is the Chapel organist.

40 Stones in the Wall Group Exhibition

A collective of young artists from across the country explore the relationship between faith and artistic practice in this group exhibition. Various media. 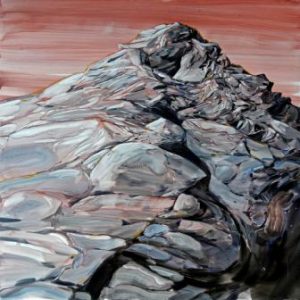 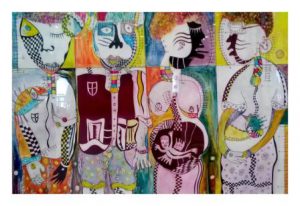 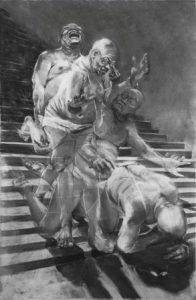 The Cory Room, Behind 108 High Street, next to the Long Table Restaurant

The Bear Who Stepped Up – Written and Illustrated by Hilary Murdoch.

This book came out of the tragedy of losing a friend in a terrorist attack and then seeing his wife journey through her grief.  An inspiring short story for anyone (adult and/or child) who’s ever lost someone they love, encouraging reflection on life and death, and the impact of our lives. Followed by a short discussion time for those who wish to stay.

The Cory Room, Behind 108 High Street, next to the Long Table

One Hour. No charge.

“The grass withers and the flowers fall, but the word of our God stands forever.” In this exhibition the artist explores our relationship to God’s word through a series of allegorical portraits.

Spiritfest 2017 picks up the Festival theme of #must fall, looking at aspects of the struggle for freedom and justice from the perspective of Christian faith.

Mon 3 July:  ‘The Ethics of Protest”: Fr Anthony Egan SJ. When is it right to protest? What kind of protest is legitimate? Is it sometimes better not to protest even in the face of injustice? Drawing on historical examples, moral philosophy and theology, an attempt to develop a coherent moral theory of protest.

Anthony Egan SJ is a Catholic priest based in Johannesburg, where he works at the Jesuit Institute of South Africa and the Steve Biko Centre for Bioethics, University of the Witwatersrand. The author or co-author of a number of books, chapters in books, journal and newspaper articles, he is by training a historian, political analyst and moral theologian.

Tue 4 July:   ‘Sister Aidan lives on’.  Zuko Blauw and Sister Aloysia Zellman describe how a youth centre has been set up to commemorate Sister Aidan Quinlan, a Dominican nun and medical doctor murdered during the 1952 riots in Duncan Village, East London.

Thurs 6 July:       ‘Recovering from Rape together’: Lindsay Kelland. The talk will cover aspects of rape such as rape having both direct and indirect harms—that is, harms to the victim/survivor of the rape and harms to our community more broadly. Victims’ relationship with themselves are harmed, and their relationships with others, as well as their sense of being at home in the world. Dr Kelland works for the Allan Gray Centre for Leadership, Ethics and  Philosophy at Rhodes University.

How can we strengthen the resilience of our spiritual life in an era of increasing turbulence? Grounded in the Gospel and ordinary experience, Chris Mann’s new book presents moments of insight that will stimulate readers to centre and invigorate their faith.

“To be read, re-read, savoured, and prayed” – Andrew Hunter, Dean of Grahamstown Cathedral. Previous books by Chris Mann include Lifelines and Rudiments of Grace.

Chris is Emeritus Professor of Poetry at Rhodes University, and convenor of Wordfest South Africa. 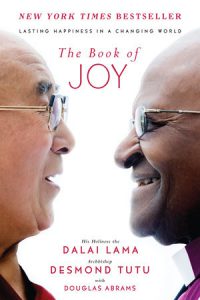 BOOK LAUNCH, IN ASSOCIATION WITH WORDfest

‘The Book of Joy’ by Archbishop Desmond Tutu and the Dalai Lama, currently 12th on the New York Times best seller list.

Discussants: Anton Krueger, a Buddhist, and Vicentia Kgabe, rector of the Anglican College of the Transformation.

What happens: 30 minutes Mon to Fri with a confidential prayer guide for listening, sharing and reflecting.

As a Christian, would you have killed Hitler?

Hear John Ramsdale bring to life the riveting story of Dietrich Bonhoeffer, the German theologian who was executed for his part in the plot to kill Hitler. As presented to acclaim in St George’s Cathedral, Cape Town. John Ramsdale is a veteran Shakespearean actor from Cape Town who, since the early 1960s, has taken part in productions at

Maynardville, the Little Theatre and the Baxter. He was a member of the Drama Centre in District Six and was involved in a number of productions during the early years of the Space Theatre.

Share a poem, a story, a sacred text, or a testimony – yours or somebody else’s – with a sympathetic audience in the beauty of a sacred site. With emcee Harry Owen, well-known South African poet and Grahamstown resident.