The Annual Vestry Meeting of the Cathedral Parish took place on Sunday 11 March 2018 in St George’s Hall, after the morning Eucharist.

A delegation from the Cathedral met with the acting Municipal Manager, Mr Ted Pillay, on 28 March, to present him with the Cathedral Vestry resolution on Makana matters: water, roads, sewerage; financial sustainability of the municipality; good governance; and to state our support for all who are seeking to improve things. The Dean reported that it was a helpful, positive meeting.

The pew bulletin published for the weekly Sunday services is available for download, usually on Fridays

A Guide and Short History

A facsimile reprint of Grahamstown Cathedral: A Guide and Short History by Charles Gould (1924) with updated information and a new introduction by Jeanette Eve.

‘Rudiments of Grace’ is an imprint of the Cathedral of St Michael and St George and is an anthology of poems by Professor Chris Mann; it “is the story of a secret love affair.”

The Annual Vestry Meeting of the Cathedral Parish took place on Sunday 12 March 2017 in St George’s Hall, after the morning Eucharist.

Publications of the Anglican Church of Southern Africa

The Anglican Church in Southern Africa, among other South African churches, is concerned that the Government, in attempting to curb the excesses of pseudo-religions, would encroach on freedom of religion.

The Commission for the Promotion and Protection of the Rights of Cultural, Religious and Linguistic Communities (CRLC) published a Report on the Commercialisation of Religion and the abuse of people’s belief systems, in July 2017. The CRL, in its report, has stated its intention to table a bill in Parliament which would provide for the regulation of religious groups.

This proposal is being vigorously opposed by almost all churches and faith groups. In essence, the churches are arguing that if the law is being broken, then the SAPS or SARS have the authority to intervene. Laws governing behaviour, finances, etc., are already in place. There is no need for further legislation in this regard. If there are concerns, then the authorities should simply use the existing laws.

An Anglican Response was adopted at the Anglican Canon Law Society of Southern Africa (ACLCSA) Conference, held at the eMseni Centre in Brentwood Park, 19-21 January 2017. To read this Response, click here. 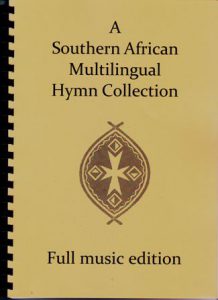 The Southern African Multilingual Hymn Collection was compiled by Dr Andrew-John Bethke, who did much of the preliminary work while he was Director of Music at our Cathedral. The new hymnbook includes music, and English translations. To order copies (R100 each), please contact Revd Cynthia Botha of the Provincial Publishing Department on publish@anglicanchurchsa.org.za.

The Anglican Church of Southern Africa has now made available the Pastoral Rules and Standards online, as well as in print. You can also read the ACSA Safe Church Guide on their website. For further details click here.

Celebrating the Seasons: Themes and
Symbols of the Christian year

This book by Dr Andrew-John Bethke, a former Director of Music at Grahamstown Cathedral, offers “a well researched and clearly presented journey through our liturgical year and observation of seasons and major feasts and symbols” (the Revd Canon Dr Vicentia Kgabe, Rector of the College of the Transfiguration).

Other Publications of interest 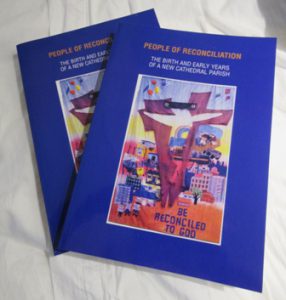 The subject of this book is the Cathedral of the Holy Nativity, Pietermaritzburg, and it is sub-titled ‘The birth and early years of a new cathedral parish’. It is made up of contributions from many people who were members of that parish from 1976 to 2000, compiled by the former dean, John Forbes. The editorial team included Maggy Clarke, a long-time member of this cathedral, who with her family witnessed the building of the Pietermaritzburg cathedral and its dedication in 1981. Copies may be ordered from the Holy Nativity Cathedral office @ R150 plus postage and packing. Contact Rhona: 033 394 1569; switchboard@dionatal.org.za.

The Newsletter of the English Academy of Southern Africa included in its July 2019 issue an article about the Gold Medal awarded to our Artist-in-Residence Chris Mann, together with the Citation and his acceptance speech – which was partly in poetry! You can read these here. 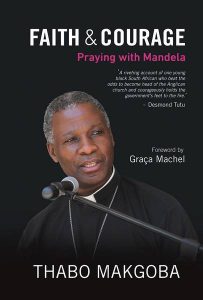 In this book the Archbishop explores his unique relationship with former

“For the last eleven weeks of his life, Madiba and his family were soaked in prayer by people at home and abroad. My text messages reflected a deepening pastoral
relationship with those around him who watched and waited. In the last days of his life, I received one which shook me to my core. I no longer have the text, but at
best as I can remember it read: ‘Archbishop, hold my hand. I am weak’.

I read it several times and went downstairs to my chapel at Bishopscourt. I lay prostrate on the floor, feeling hot and cold. I cried, I mourned, and I wrestled with God. Lungi (wife) has an amazing ability to know when I am struggling with something, and followed me down. ‘Are you ok?’ she asked. ‘Yes, I’m okay; I’m just having a God moment.” 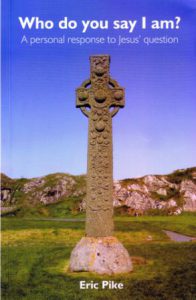 In every chapter Bishop Eric refers to the same question that Christ asked of his disciples, “Who do you say I am?” In doing so, he demonstrates that in each of the many and varied chapters of his life, he has discovered more about the God he has served so faithfully. More….

A limited number of copies are available at the Cathedral Parish Office, 108 High Street Grahamstown/ Makhanda @ R150, or the book can be ordered from PreText Publishers, P O Box 23199, Claremont 7735. info@pretext.co.za

‘Waymarks for the Way’ by Eric Pike

Bishop Eric Pike gives us a handbook for our journey through life. More…

‘Anglicans against Apartheid’ by Bob Clarke 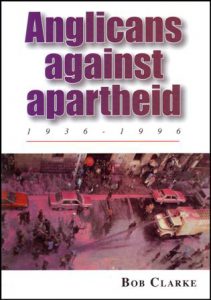 Anglicans against Apartheid records the witness against apartheid of Anglican Church leaders, and assesses the importance of their contribution to the liberation of South Africa.